Dark Side of the Spoon 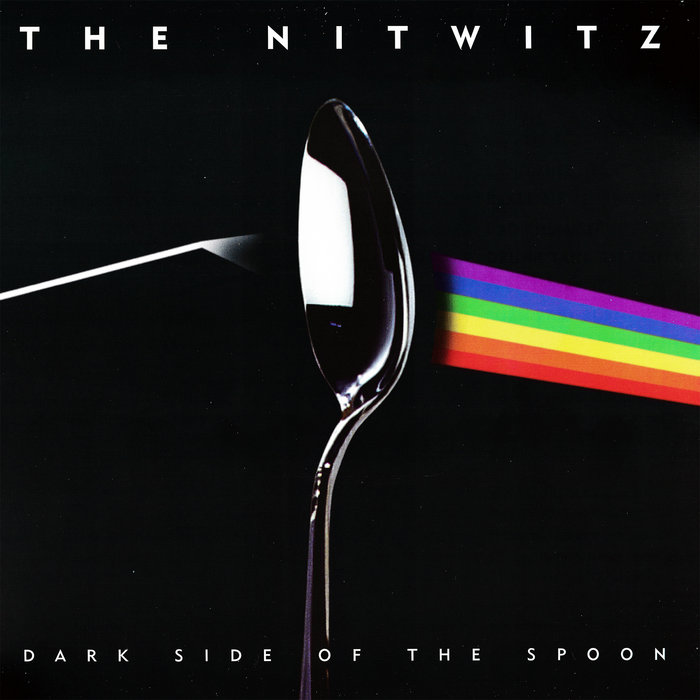 Dark Side of the Spoon delivers 14 brand new tracks of essential Dutch Punk by Amsterdam's legendary outfit, The Nitwitz!

Founded in 1978, the young band barely caught the dissipating ripples of the first punk rock wave. In taking their lead from groups like the Stooges, MC5, the Ramones and Australia's Saints, the Nitwitz had little in common with the angry, unwashed masses of English spiky-tops who sang about "the dole," depression, and gang warfare. (Although they had a definite fondness for a few fast-riffing exceptions like the Lurkers, Drones, and Stiff Little Fingers.) Instead, the 16-year-old Nitwitz waxed poetic about girls they liked, girls they didn’t like, school, their favorite TV cartoon show, and getting beat up by disco kids.

The Nitwitz disbanded in May 1982, changed singers, and returned as BGK. After a 14-year hiatus, the boys reunited  in 1996, contributing a single new track to Epitaph's Dutch Punk sampler. With the label's blessing, the Nitwitz hit the studio to bang out an album's worth of blistering new material. And so, Dark Side of the Spoon was born.

Epitaph Europe ultimately declined to release the new LP--but their loss is our gain! The Nitwitz are back and better than ever!! Get yourself a heaping Spoon-ful of classic Dutch punk, courtesy of Get Hip!!!