Getting Stronger / In My head Again 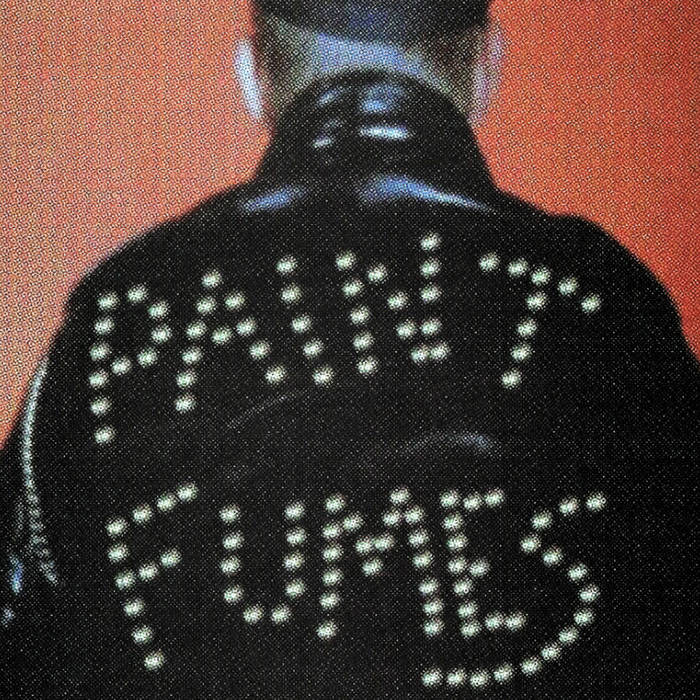 
"Ostensibly based out of North Carolina, the plower trio Paint Fumes are really one of those "wherever I lay my hat is my home" deals. And if you've ever seen one of their live shows, you'd know why. More often than not, somewhere in the midst of their trashy cacophony, a flailing cat fight breaks out, a kicked beer bottle hits the head of an attendee, and/or the band members themselves get a bit confused as to what the hell is going on. Hence these guys have diamond-honed the art of getting the hell out of there and crashing somewhere secret for the night. In other words, they put on a great rock'n'roll show in the tradition of all those bands that mothers warned their kids about back when rock'n'roll came with warnings.
Formed in 2011, by 2012 they unleashed their supremely slashy debut LP, Uck Life (Slovenly), a kind of pinnacle of post-Black Lips, reverb-battered garage rock psychotix. What followed was a maelstrom of worldwide touring, after-party crashing, threats, accusations, a lot of laughs, and a few very serious accidents, which Google can tell you about.
We will tell you that despite appearing like classic fuck-ups, the three have survived it all, and after a hiatus of sorts, put it all back together for their excellent follow-up, If It Ain't Paint Fumes, It Ain't Worth a Huff (Get Hip). The title and cover art are a nod to the ol' Stiff Records catch phrase which is just one way the band slyly shows they ain't just another bunch of drunk punks.
The opener, "Bad Rituals," creeps in like the band wandering through the gates of a graveyard looking for a spot to huddle, drink, and plan their next move... which starts about 25 seconds in, as they double the tempo and smash away and gang howl like kicking gravestones all over the place. No matter fast or slow, each tune retains that graveyard vibe, even among the newfound hook-making of "Brick Wall," "Golden Child," and "Weird Walking," or the psycho surf rockers "Planetary Plans" and "Puddle of Blood."
Singer/guitar slinger Elijah von Cramon wails and Thunders-stumbles into sizzling guitar leads from Brett Whittlesey, while drummer Joshua Johnson -- the most nomadic of them all -- somehow snatches the reins of every tornado tune and pulls them to their screeching halts. It's easy to forget, amidst Paint Fumes' scatterbrained and soul-pained garage dust-ups, how tough it can be to ultimately come out with catchy tunes and solid shows. But they do it like accidentally kicking another beer bottle to the back wall."
-Eric Davidson