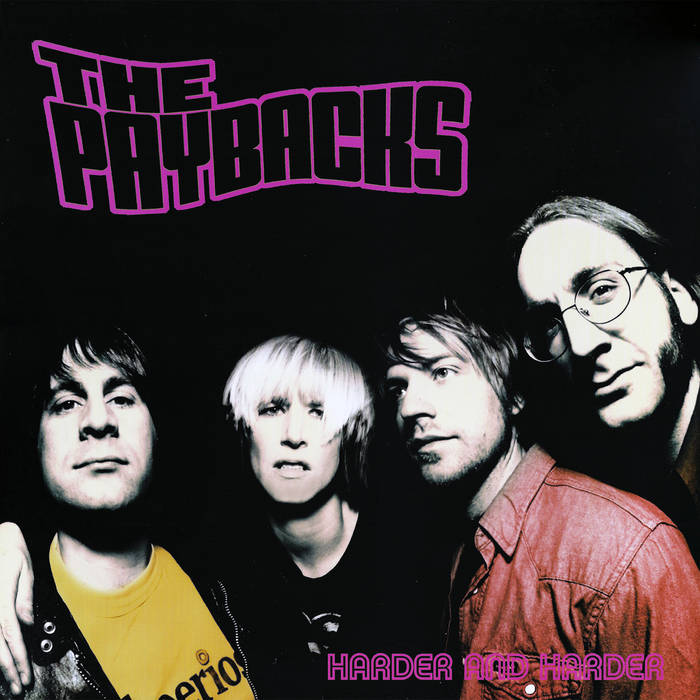 No doubt about it: life is hard. Fortunately, some things are better when they’re hard.

For Detroit rock‘n’roll outfit the Paybacks, things are best when they're Harder and Harder.

It’s with this philosophy that Detroit’s Defenders of the Rock return with their wryly titled sophomore album, Harder and Harder. Brimming with the pummeling riff rock, buoyant, revealing pop, and three-chord punk pounders that defined the band's heralded debut Knock Loud (2002),  Harder proves that cutting your own path through the mediocrity of fad, fashion, creeping hipsterism, and music industry brainwashing is its own reward.

Love for love’s sake, sex for pleasure’s sake, self redemption and the repudiation of those who hunger for your failure: these are all themes, tales and truths that find their way onto Harder and Harder, delivered with the band’s trademark, hell-bent optimism.

The album features a guest appearance by founding guitarist and Paybacks patriarch Marco Delicato, who drops in for two tracks that he helped co-write: “Superider” and “Can You Drive." Calvin Cooke, Detroit guitar legend and one of the fathers of the “Sacred Steel” slide guitar style, likewise joins the band for a blues-by-the-way-of-punk number called “Jumpy." Engineer and co-producer extraordinaire John Smerek of Detroit’s famed White Room Studios ties the whole thing together in one magnificent, loud, unruly platter.

It’s been a long wait, but it can’t be contained any longer. Harder and Harder” is fixin’ to bust out!

The Paybacks are joined on this album by Detroit guitar greats Marco Delicato who plays lead guitar on tracks 5 & 10 and Calvin Cooke, who plays pedal steel on track 9
All other guitar is played by Danny "Muggs" Methric
Backing vocals: the boys