High in the Mountain 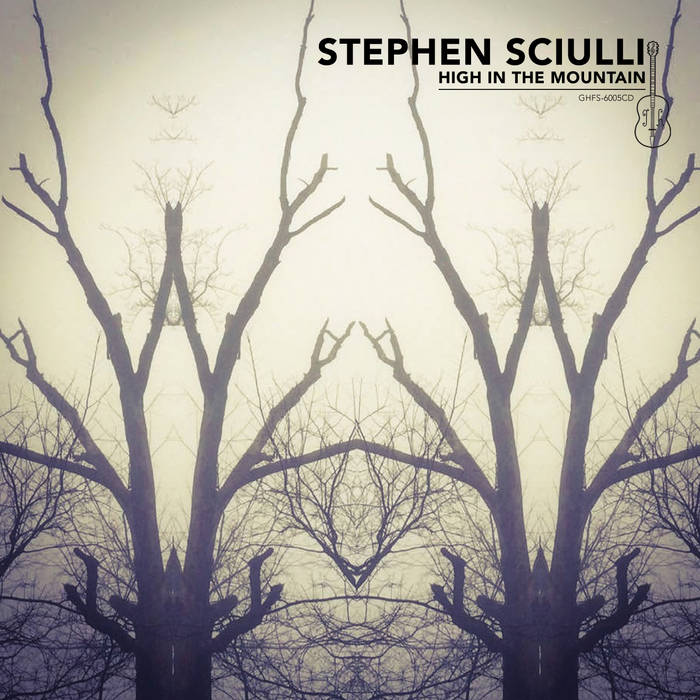 Haunted Americana From the Alleghenies

Inspired by nightly readings of H.P. Lovecraft’s collected works and the 2016 passing of David Bowie, Stephen Sciulli’s High in the Mountain blends an eclectic array of folk instruments with ethereal electronics, coalescing into a sound Sciulli describes as “country music from an imaginary country.”

High in the Mountain features over a dozen instruments, roughly half of which Sciulli—the album’s sole writer and performer—plays for the first time. His self-taught performances on dobro (resonator guitar), banjo, and dulcimer meld seamlessly with expert passages of accordion, flute, Irish whistle, lap steel guitar, and various electronics, creating textures and atmospheres that evoke dream-states and otherworldly environments; earthy sounds reflecting deeply wooded hideaways, the mysteries of early evening in the mountains.

“Stephen Sciulli is one of the area’s most versatile musicians...[with]vocals that sound like Leonard Cohen by way of Hank Williams, and the result is a rich and verdant sound that defies categorization.”

“A trippy, mind-bending blend of country, Prog and Psych. The most out there member of Carsickness has created one of the more unusual and creative records that will come out of Pittsburgh this year"

“The immediacy of country music gets filtered through a delivery that recalls Oar by ex-Moby Grape member Skip Spence. Mountain’s sweet melodies have an eerie delivery, where guitars seem to be melting into the beat.”

Stephen Sciulli is based in a small, rural farming and fracking community nestled in the upper reaches of Pennsylvania’s Allegheny County. His musical history is long and varied, beginning in the late 1970s with seminal Pittsburgh prog-punk outfit Carsickness. Sciulli later founded the Irish rock group Ploughman’s Lunch and went on to form the sound healing/meditation duo Life in Balance.

Sciulli toured the U.S. with Life in Balance for over 14 years, producing numerous sound healing albums featuring electronically processed Japanese shakuhachi flute. Each release expands the listener-focused experience by creating trances and hypnotic states with lush sound environments. He is currently a member and songwriter for the duo Standing Wave; the group centers their musical intentions by creating intelligent Americana entwined with world-dance experiences.

All songs written, performed and recorded by Stephen Sciulli and published by Good Dog Productions, BMI.