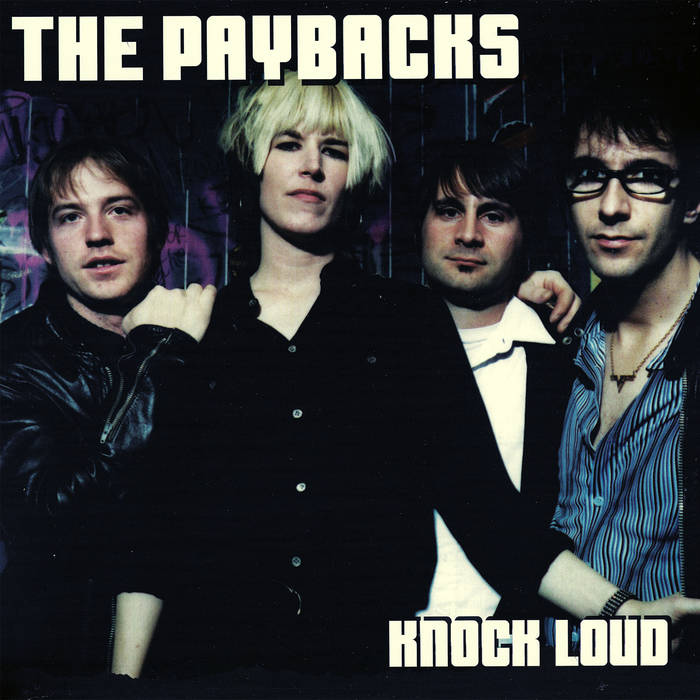 The Paybacks are sick and tired of stuff that doesn’t rock--and they suspect that you are, too!

In an effort to do something about it, the Detroit foursome brings you Knock Loud, their debut album on Get Hip Recordings. Ten songs strong of sonic pop and blazing rock riffs,  Knock Loud is the Paybacks’ attempt to restore some dignity to that poor bastard Rock'n'Roll. Honest, passionate and loaded with hooks, the album is all about the value of loud guitars, kick-ass tunes, and the freedom to call ’em as you see ’em.

Comprised of Detroit garage veterans (the Hentchmen, Rocket 455, and Ten High), the Paybacks first came to the attention of indie rock fans in 2001 with their inclusion on the compilation The Sympathetic Sounds of Detroit (Sympathy for the Record Industry, SFTRI623). Now they’re out to prove their mettle, and Knock Loud is the manifesto!

Grab a 12-pack, crank up the volume, and tell the poseurs and the bullies to get lost! Rock'n'Roll is fun again!!