by The Last Vegas 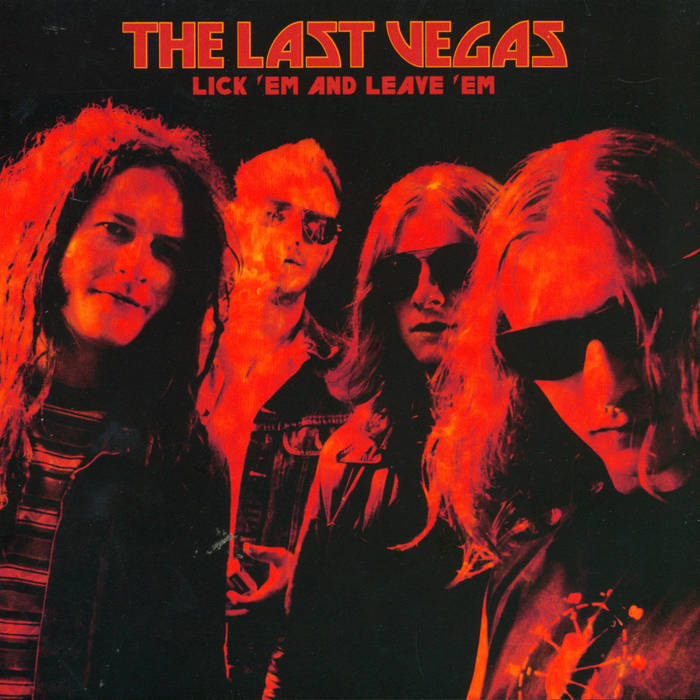 The Last Vegas are a hard rock band from downtown Chicago, IL. Walls of guitar, pounding drums, and wailing vocals characterize The Last Vegas' signature, raw sound and ultra-energy live show. Influenced by the blues, ‘70s punk, and bands the like of The Stooges, Guns N’ Roses, Motley Crue and The Trashmen, The Last Vegas debut album on Get Hip Records is ten songs of pure, blue-collar rock'n'roll.

Getting their start in Normal, IL, The Last Vegas spent two years traveling the US in DIY work ethos, burning up two vans, releasing their own CDs, and fueling a reputation as long-haired, torch carriers of heavy, bluesy rock. After undergoing a line-up change in the fall of 2002, The Last Vegas moved to the big city….downtown Chicago, IL. Finding a 5000 sq. ft. old factory space in the West Loop, they now call this spot home for practicing and recording while not touring.

Lick 'Em & Leave 'Em, The Last Vegas' debut album on Get Hip Records, captures the feel of a young, urban band bashing its way through Chicago's highly-touted and emerging underground rock scene. Recorded in just two days at Volume Studios in Chicago, IL, the album has an undoubtedly live feel. A crash-course of guitar solos, sweat, and brute-force rhythms packed into songs about the seedier side of life in the big city. Their music has drawn comparisons to Motorhead, ZZ Top, AC/DC, and early Aerosmith. Simply put, the new album Lick 'Em & Leave 'Em ain't about crying into your microphone…it's about dancing your ass off, drinking your face off, and getting your rocks off to The Last Vegas.