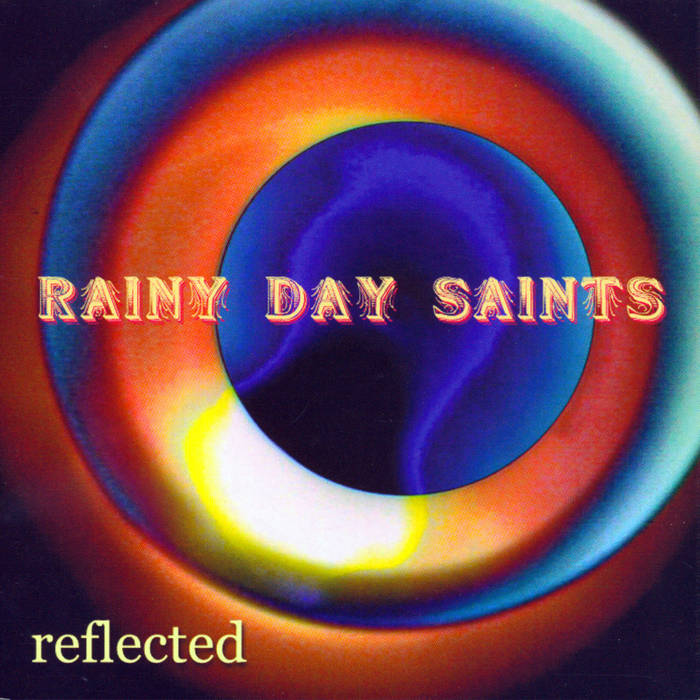 What's that old saying? "Third time’s the charm"? Or is it "Three times lucky”? Maybe it is the idea that "3" is a symbol of the unity of body, mind and spirit? Or perhaps the notion that "3" stands for that which is solid, real, substantial, complete, and entire.

Hmmm...these truths are all grand notions on an even grander scale, but the "3" we are talking about here is album No. 3 by Rainy Day Saints! There have been a lot of great 'third' albums: Headquarters, Heaven Tonight, Stranded, Kings of Oblivion, Doremi Fasol Latido...the list goes on and on... and well...here's another one!

Reflected, the third Rainy Day Saints album, finds RDS traveling new roads while finding time to stop by old favorite haunts along the way. You want variety? Sure you do...come on...admit it! We've got your variety right here. You want jangling guitars? Mind-warped psychedelia? A country-esque samba perhaps? How ‘bout a static charged, tripped-out cover of a Kraftwerk song? Talk about a full dose of guitars, drums, bass, E-Bows, saxophones, organs, 12 strings, glockenspiels, tambourines, mandolins & dulcimers! Well this album has all those things and more.

Eighteen tracks!! Go ahead...count 'em! The marketing brass would say “that's a lot of bang for your buck," or something along those lines. And come to think of it...they're correct! But, unlike a tacky ad, this album adheres to the motto “All killer, no filler!” When you get down to it, this isn't a ''garage', 'psychedelic', 'powerpop' or 'ambient folk emo death core disc. No, it's actually all those things rolled into one. (Well....maybe not the emo death core part. We're not sure what that means.)

A dear old friend said it best when she said "Judgment of any system, or a priori relationship or phenomenon exists in an irrational, or metaphysical, or at least epistemological contradiction to an abstract empirical concept such as being, or to be, or to occur in the thing itself, or of the thing itself" We've all said that many times!

Speaking on behalf of the band, I would like to say, we hope you enjoy the album at hand. A lot of time, love, and what we used to call moxie went into the making of it. As the kids say, “leapfrog the dog and brush me daddio!” Or in other words, “tune in, turn on, rock out!”