Some Kind of Animal

by Some Kind of Animal 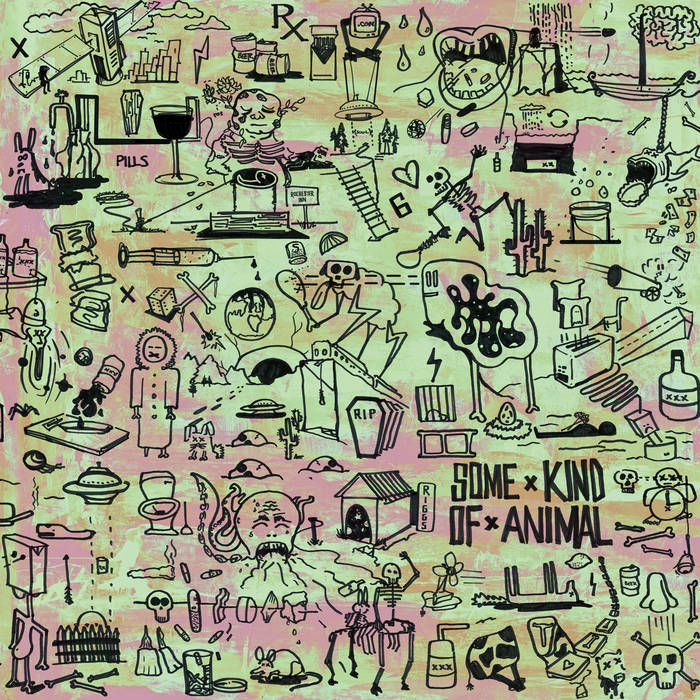 Pittsburgh, Pennsylvania’s Some Kind of Animal began as a side-project between close friends and longtime collaborators Anthony Jardine (vocals, guitar, keys) and Tim Mulhern (vocals, guitar). The two met semiweekly for three or four years, sharing and workshopping demos that didn’t fit the tone of their then bands. Over time, the burgeoning passion project became the duo’s primary musical outlet.

When it came time to record, Jardine and Mulhern turned to Tyler Watkins, bassist for seminal Indianapolis indie rock outfit Margot & the Nuclear So and So’s. Having produced several of Margot’s albums, Watkins, with his masterful Chamber pop sensibilities, seemed like an obvious choice to help bring SKOA’s psych-folk-tinged demos to life.

Joined by drummer Dave Rocco, Some Kind of Animal settled into a weeklong sojourn at Postal Recordings, a decommissioned post-office-turned-analog-studio near downtown Indianapolis. Armed with an earnest desire to create something honest and raw, the band set to committing their songs to tape--even allowing several tracks to exist as single-take snapshots; transcendental moments in time.

The culmination of SKOA’s ardent craftsmanship is a sweeping self-titled debut laced with lyrical imagery and melodic harmonies. The 11-track album teems with wistful, melancholy vocals set within musical beds that are at once modern and timeless—a vibe best described as “soulful indie folk rock.” This record is a testament to Some Kind of Animal’s journey as writers and musicians; a feeling that the band, lately joined by bassist Rich Cordon, hopes its listeners can perceive as well.

Get Hip Recordings is proud to present Some Kind of Animal’s eponymous album as the premier title in its new Folk Series. Featuring artwork by drummer Dave Rocco, the record is available on 12” LP, CD, and digital.

Produced, engineered, mixed, and mastered by Tyler Watkins at Postal Recordings, Indianapolis, IN

All songs written by Anthony Jardine and Tim Mulhern and published by Midnight Darkness Music and Table For One Music, BMI