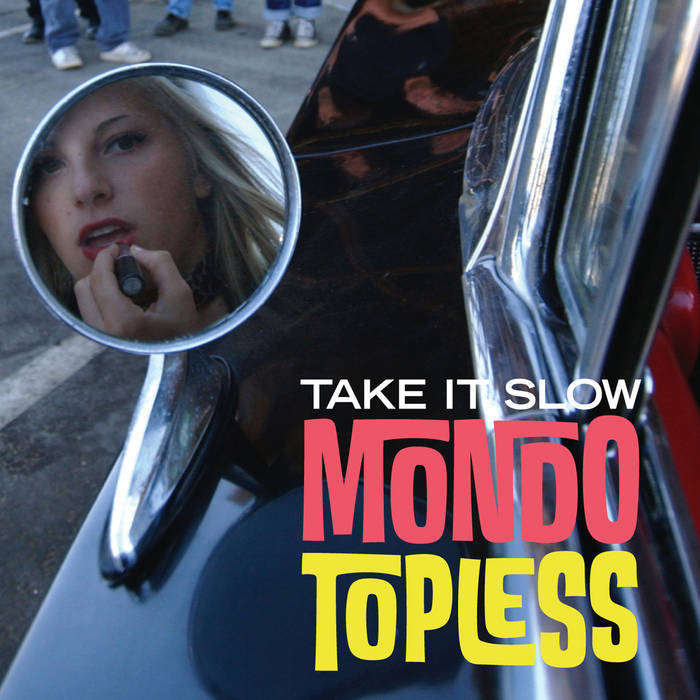 Yes, they're still around. Since Halloween 1992, Mondo Topless has defied all logic and reason by continuing to dish out its garage-punk slop to dozens upon dozens of appreciative fans.

The band's mission is simple: pile into the van, drive to the show, play "three chords and a cloud of dust" rock 'n' roll, and suck down as many free drinks as possible. In pursuit of this goal, the band has traveled all over the U.S.A. (or at least the parts they can reach within reason), appearing with such luminaries as Southern Culture On The Skids, The Cynics, Dick Dale, Mudhoney, the Lyres, the Original Sins, the Fleshtones, the Woggles, Ronnie Dawson (R.I.P.), and many more.

The current edition of the band features Sam Steinig on vocals and the "cheesy, imperfect tone" of the Vox Continental organ he insists on lugging to the gigs, despite the howls of protest from the other members of the band. Kris Alutius is on guitar and backing vocals when he's not consuming vast quantities of potted meat. Scott Rodgers plays bass and sings backing vocals; for reasons unknown to anyone - including himself - this is his second go-round as a member of the band. Tom Connors is featured on drums, and possesses a seemingly limitless reservoir of hate.

Since their inception, the band has seen the rise in popularity of the Garage Rock "genre” and has also seen it watered-down, interpreted, co-opted, and even commercialized. One thing that has remained true has been the band's steadfast - some would say stubborn - adherence to the true spirit of Garage Rock. You can hear it from the first demo on through to their most recent Get Hip release.

The band's new album, Take It Slow, is their second for Get Hip and fourth overall. Taking a page from the book of Lou Reed, the band claims their new album is "the best thing we've ever done." Recorded at Slug Studios in Collingswood, NJ, which is in actuality the equipment-strewn attic in Kris' house, the album perfectly encapsulates the breathtaking variety of styles and influences at the band's disposal…or something like that.