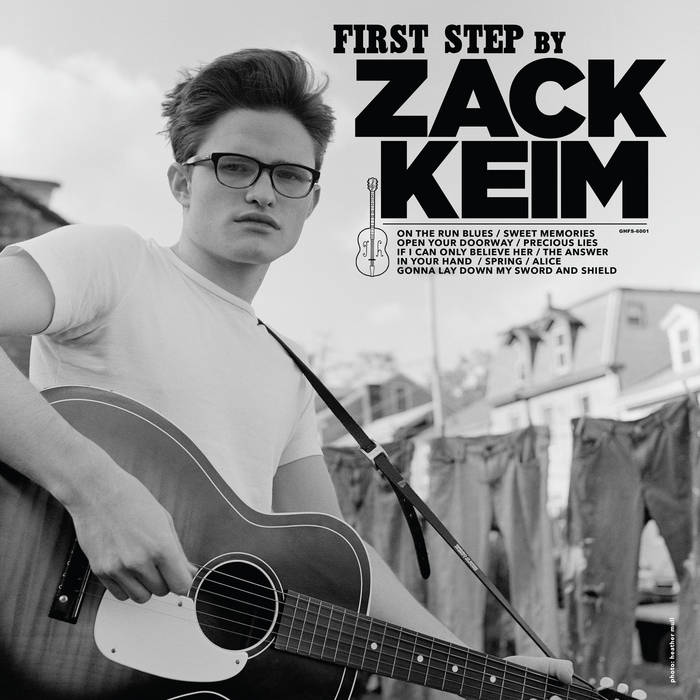 Keim was exposed to music from an early age, courtesy of his father’s record collection—seminal country-tinged rockers like Johnny Cash, Van Morrison, The Allman Brothers, and Elvis Presley. He picked up his first guitar at age 13, inspired by footage of John Lennon at The Beatles’ legendary Ed Sullivan Show performance. Keim’s father introduced him to the Pittsburgh music scene, encouraging the young guitarist to sit in with veterans like Billy Price, Kenny Blake, Roger Humphries, Norman Nardini, and Gil Snyder at local open mics.

Things changed when Keim met slide-guitarist Bob Powers. The two immediately clicked, working together on blues standards and Rock n’ Roll classics before developing folk leanings in time with Keim’s discovery of artists like Leonard Cohen, Bob Dylan, Woodie Guthrie, and Fleet Foxes. The folk ballad “Alice” was born from one of their Sunday afternoon sessions, recorded to two-track cassette in Keim’s basement. “Spring” and other rough sketches followed, but the 16-year-old Keim tucked them away and turned his attention toward a new project: Nox Boys.

Inspired by footage of The Black Lips, Keim and Powers agreed to start their own Garage band. Nox Boys began to rise through Pittsburgh’s underground music scene, catching the attention of The Cynics’ lead singer Michael Kastelic who passed their demo on to Cynics guitarist and Get Hip Recordings founder Gregg Kostelich. Impressed by the young band’s talent and dedication to the genre, Kostelich signed Nox Boys, supporting them in the production and release of their 2014 self-titled debut album.

The result is First Step, a ten-track acoustic folk album comprised of nine original songs and a cheerful rendition of the gospel standard “Gonna Lay Down My Sword and Shield,” featuring backing vocals by Kostelich. The album kicks off with “Alice,” Keim’s first folk composition, and concludes with “If I Could Only Believe Her” and “Precious Lies”; soaring with folk sensibilities reminiscent of Nick Drake and early ‘60s Bob Dylan. Many of the tracks touch on the melancholy core of longing and hurt we all experience from time to time, but it’s not all despair: “Open Your Doorway,” a poignant love song, expresses the promise of new romance.

All songs written by Zack Keim and published by Penns Woods Music, BMI, except “Gonna Lay Down My Sword and Shield.”