Nobody Likes a Winner

by The Breakup Society 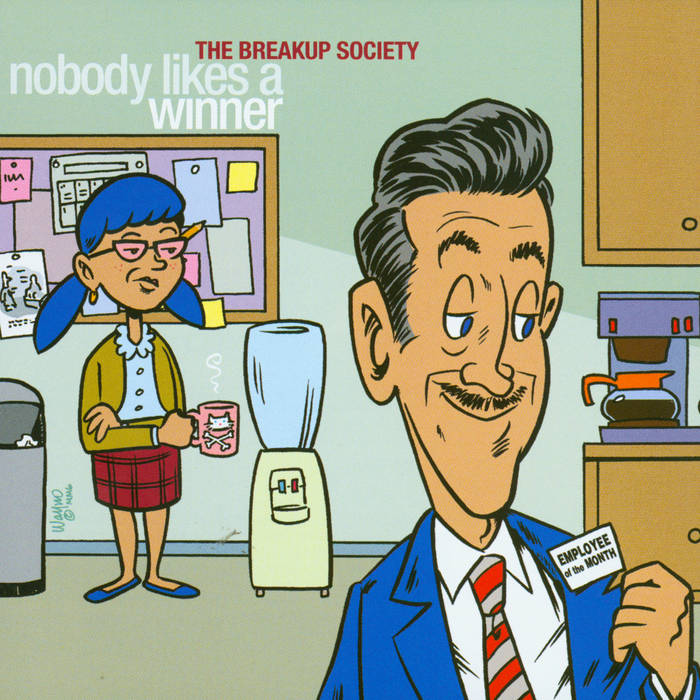 Last time out, Spin magazine said James at 35 was “so real” you could “smell the rec room paneling,” while Harp praised the Breakup Society’s first Get Hip release as “a modern-day breakup/kiss-off classic in every sense of the term,” arriving at “a thematically serendipitous spot halfway between Elvis Costello’s This Year’s Model and the dB’s Stand For deciBels.” But where that album’s concept demanded a narrowly focused collection of power-pop anthems with several songs strung together as over-caffeinated suites, when it came time to work on the followup, Nobody Likes A Winner, a plan was hatched to shake things up a bit without abandoning the power-pop appeal of James completely. Hence the chamber strings on two tracks, Mariachi trumpet on “Forget The Past,” the over-the- top Wall of Echo engulfing the Orbison-esque “This Little Tragedy,” the jazz-guy-shooting-up-outside-the-honky-tonk piano in the instrumental break of “Lower Expectations” and the understated majesty of the album’s most studio-centric departure, the oddly Beatlesque “How Failure Saved Me From Myself.” There’s no shortage of rockers either. “13th Angry Man,” the title track and “No One Wants To Be Remembered…” stake their claim as recklessly as anything on that first record, while “The World Will Change Our Love” is easily their most contagious imitation of the Troggs to date (until the bridge, at least).

While this one may be less conceptual than James, there is a unifying theme, of sorts, connecting any number of the album’s most inspired cuts, from that bit in the opening title track about “Nobody wants the most popular kid in class to go too far” through the plainly twisted reassurance of “How Failure Saved Me From Myself” to “By A Thread,” in which an old man checks the papers every day in the hopes that the bullies who made his childhood such a living hell back in the ’60s have finally died.

Recorded, like the first one, in the desert heat of Mesa, Arizona, with Bob Hoag outdoing himself on production, The Breakup Society’s second album also features guest appearances by two of rock’s most underrated heroes — Scott McCaughey of Young Fresh Fellows, Minus 5 and R.E.M. fame (singing lead on “By A Thread” and adding keys, guitar and harmonies to several cuts) and Ward Dotson of Pontiac Brothers/Liquor Giants/Gun Club fame on harmonies.

Having rocked the Get Hip showcase at 2007’s SXSW music conference, playing songs from both Get Hip releases and some new material, the band is in discussions with directors for at least two videos. Matt Dilmore, whose surreal new video for Black Moth Super Rainbow’s “Sun Lips” earned high praise from Pitchfork, is scheduled to shoot “This Little Tragedy” inside a haunted house, while D.C.-based rockumentarian Mark Finkelpearl has signed on for “Lower Expectations.” Also on the way, an online-only single called “A Song For George,” the sordid tale of Eric Clapton moving in on Patti Boyd, the hottest wife in ’60s rock, and poor George Harrison, the friend who brought him in to play guitar on the White Album, letting it slide like it was no big deal because it’s what the Maharishi would have wanted.