The Whole World Is Watching 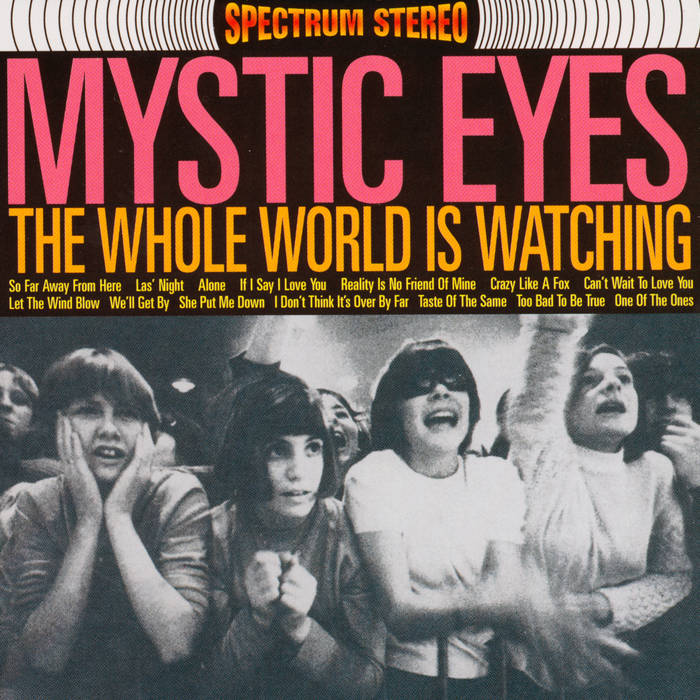 Get Hip is proud to announce the release of Mystic Eyes’ second album, The Whole World is Watching. Consisting of nine originals and five covers, Watching more than exceeds the high standards set by the band’s 1988 debut, Our Time Is Now!--also available on Get Hip Recordings.

The Buffalo-based Mystic Eyes are the brainchild of guitarist/vocalist Bernard Kugel, also the chief songwriter on Watching, penning seven of its nine originals. The band is hardly a one-man effort. Eric Lubstorf plays six- and twelve-string guitar and comes up with some melodic playing that rings and echoes with a vivid intensity. The Davison brothers, Craig and Scott, are also integral to the Eyes: between them they provide bass, drums, organ and guitar.

While each song on Watching is a polished gem, special mention must be given to a few. “Reality Is No Friend of Mine” is an ominous psychedelic pounder, and “So Far Away From Here” is only slightly less intense. While the whole album fits loosely into a modernized folk/rock genre, “I Can’t Wait to Love You” pays loving tribute to the Phil Spector/Jan & Dean sound.

With a passion so evident in their sounds, more and more people are certain to fall under the spell of the Mystic Eyes!!