by The Chargers Street Gang 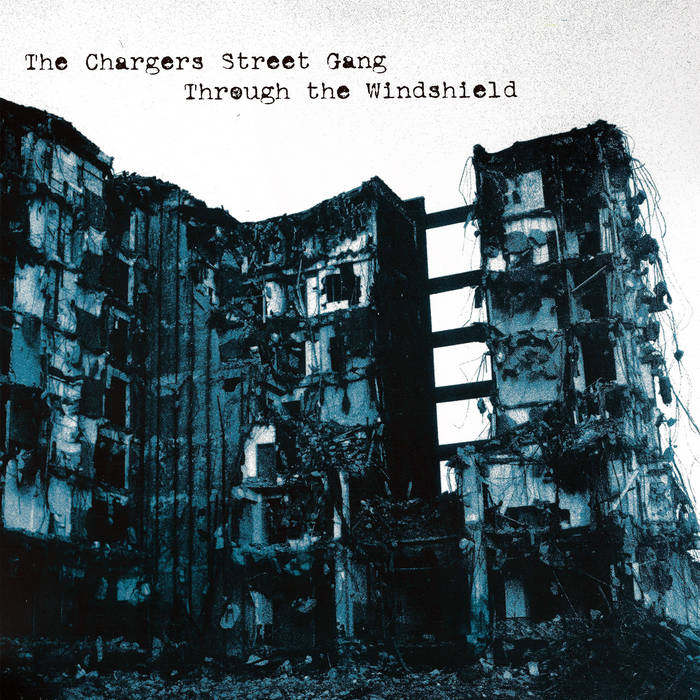 The Chargers Street Gang celebrated the release of their first long player, Holy The Bop Apocalypse, highly acclaimed by fans of over-driven, energetic, honest rock with many shows, not all of the traditional variety. After setting on fire libraries, drive-ins, halls, and more dirty hole in the wall bars than they care to remember, the initial glow of the first record subsided and the band holed themselves up again with friend, mentor, and co-conspirator Tim Kerr and Mike Vasquez in thee Sweatbox in Austin, Texas and attempted to document the last year of their lives.

What we get isn’t as easy to swallow at first, but after a few listens you can feel the same raw honesty and over the top energy found on their debut. Through the Windshield finds Chargers Street Gang flaunting different influences, such as the Wipers, Drive Like Jehu, Philip Bailey, Hot Water Music, Fugazi and Richard Pryor.

Named after a novel by Michael DeCapite about mundane life in Cleveland, Through the Windshield is the sound of broken dreams and relationships, desperation, Midwestern anxiety, and of five young men who probably spent too much time around one another. Sing that song you bitch. Sisters and brothers, we have gasoline blood and Molotov hearts! That’s yer veins boiling, all filled with desperation and honesty; you can feel this joyous cacophony crawl up yer goosebumps, sliding yer spinal fluid! It’s an open invitation! They’ll tell ya that themselves."Gotta fist to raise,come on and raise it/gotta something to play, come on and play it." This is the kinda rhythm-n-racous that makes yer soul tingle, the fire in the belly scream from the primitive caves of the psyche.you raise yer arms from the mundane wipe the crust from yer eyes, you’ve seen the light, now crawl outta that hole and shake yerself out of that amnesia!